New Zealand has significant levels of development in coastal areas that are already affected by sea level rise. Erosion of beaches and the collapse of some coastal infrastructure during storms is already evident in several parts of the country.

The aim of this project is to develop a framework for building resilience in coastal Māori farming communities by identifying culturally-informed climate change adaptation strategies; and testing their economic, environmental and cultural implications through a series of designed, whole-of-farm scenarios. Explicit consideration of iwi and hapū perspectives is regarded as critical, as a recent review of New Zealand’s adaptive capacity found that such perspectives can reflect a clear sense of inter-generational stewardship as an active exercise of kaitiakitanga.

I was delighted to be asked to join the project as typographic designer for the March 2017 exhibition. The exhibition, which took place in a collection of dairy sheds near Levin, was the culmination of an 18-month project. It was subsequently exhibited at The Dowse as part of This Time of Useful Consciousness—Political Ecology Now. I provided additional exhibition design for this installation.

View the project on the Deep South Challenge website 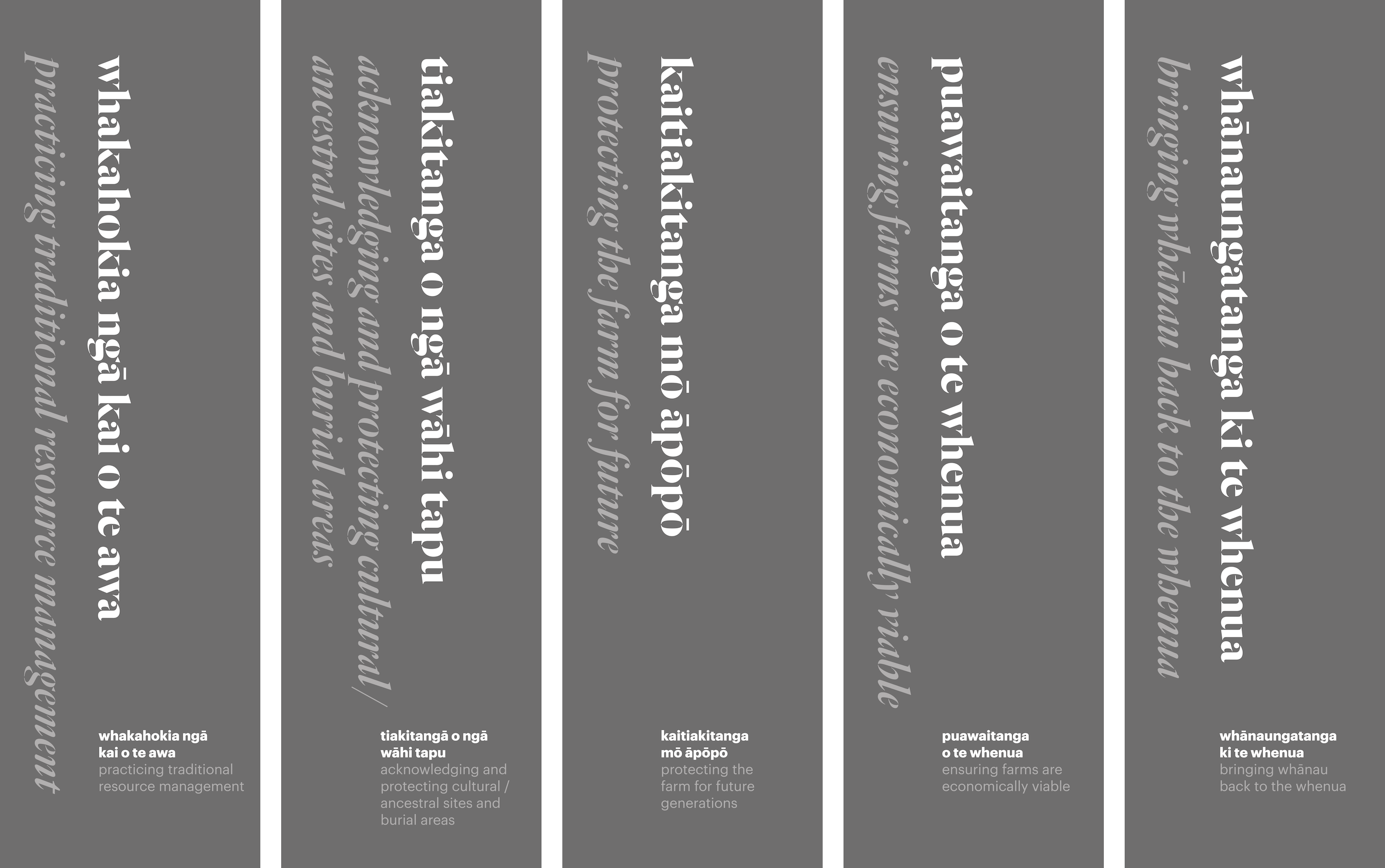 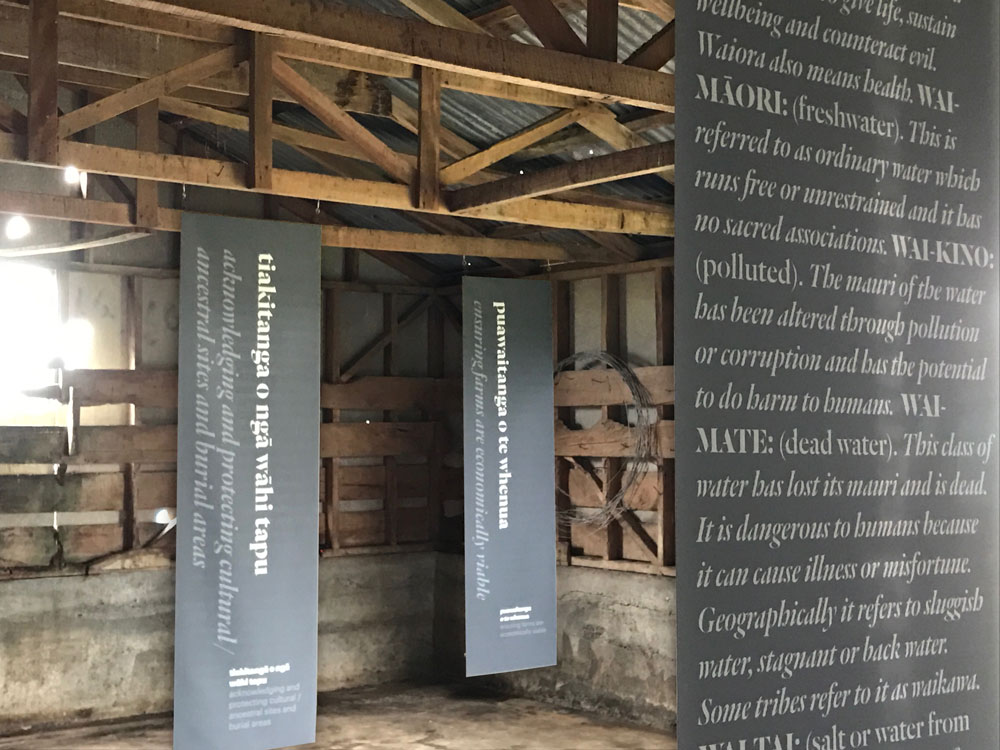 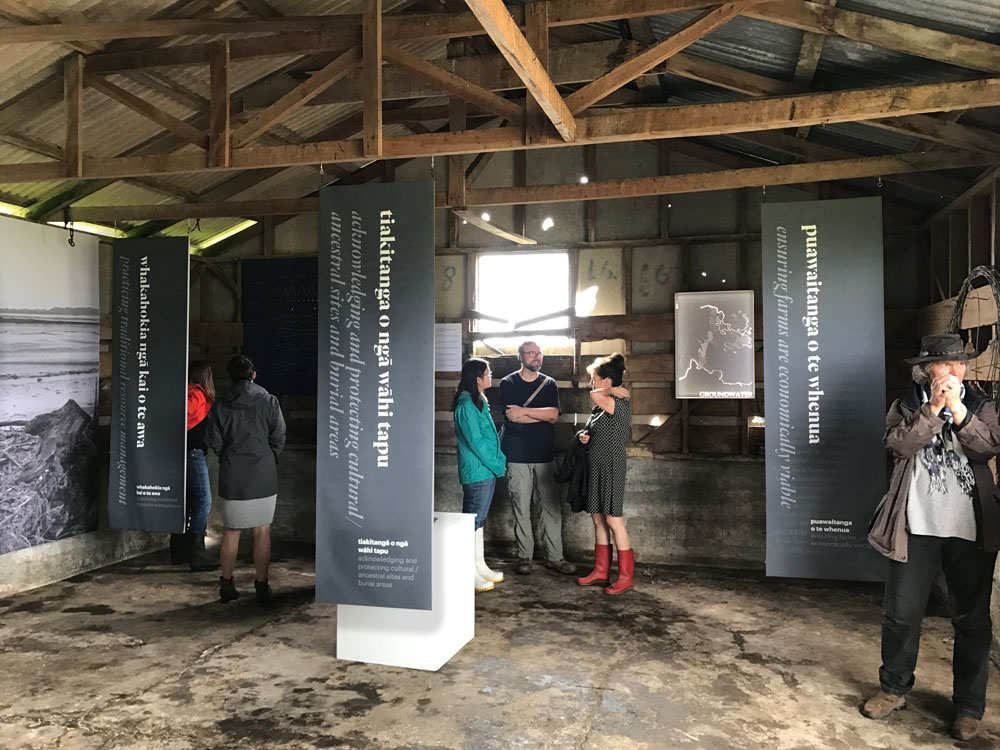 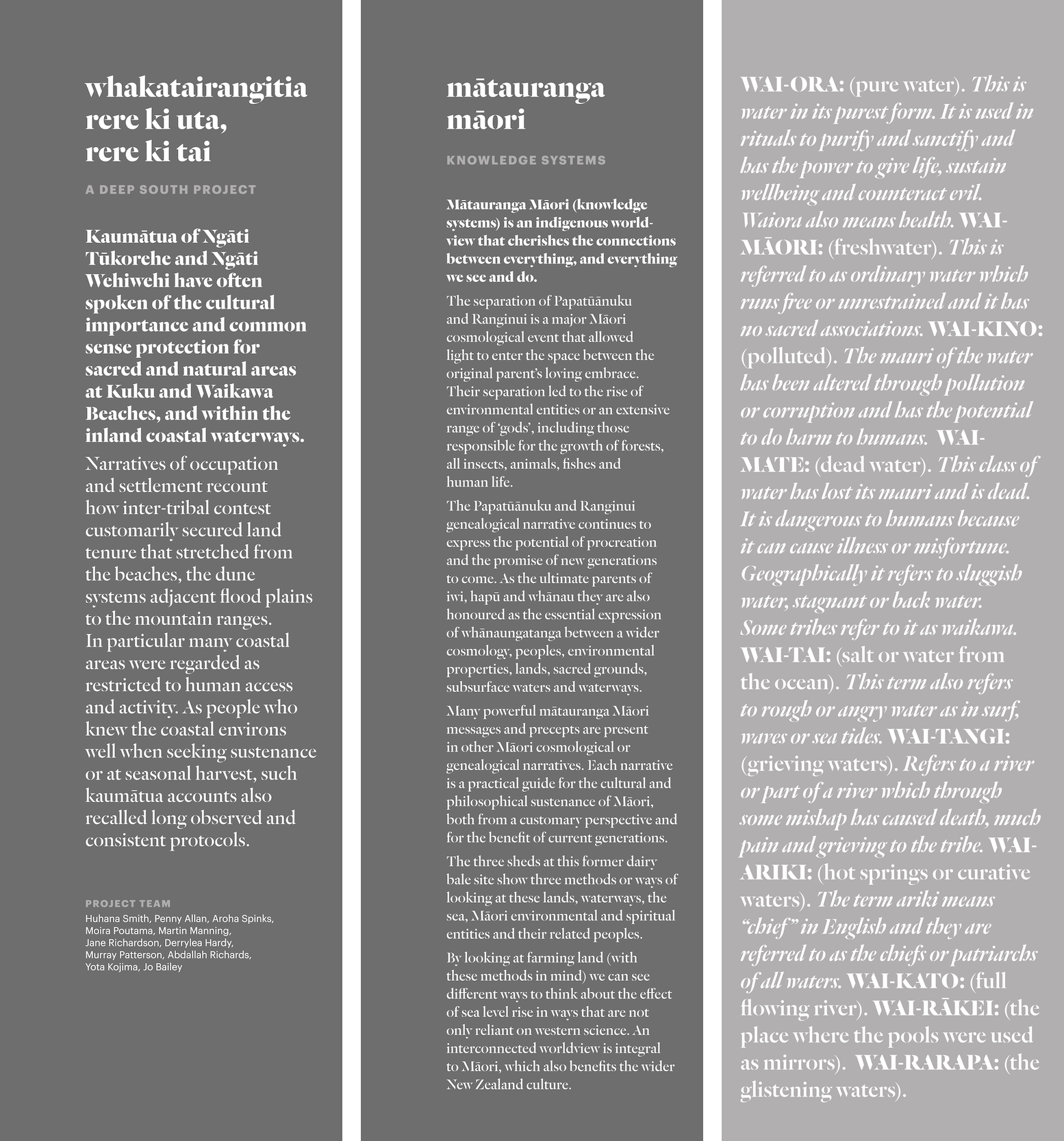 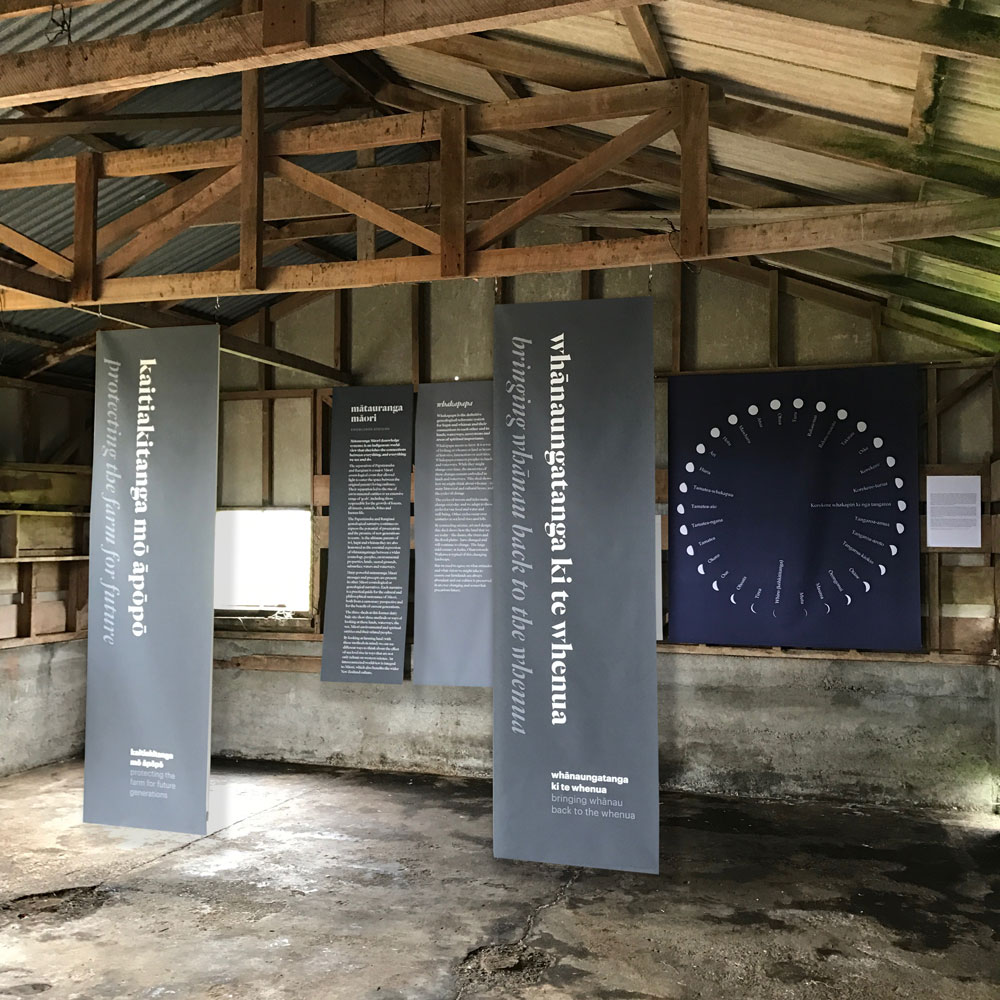 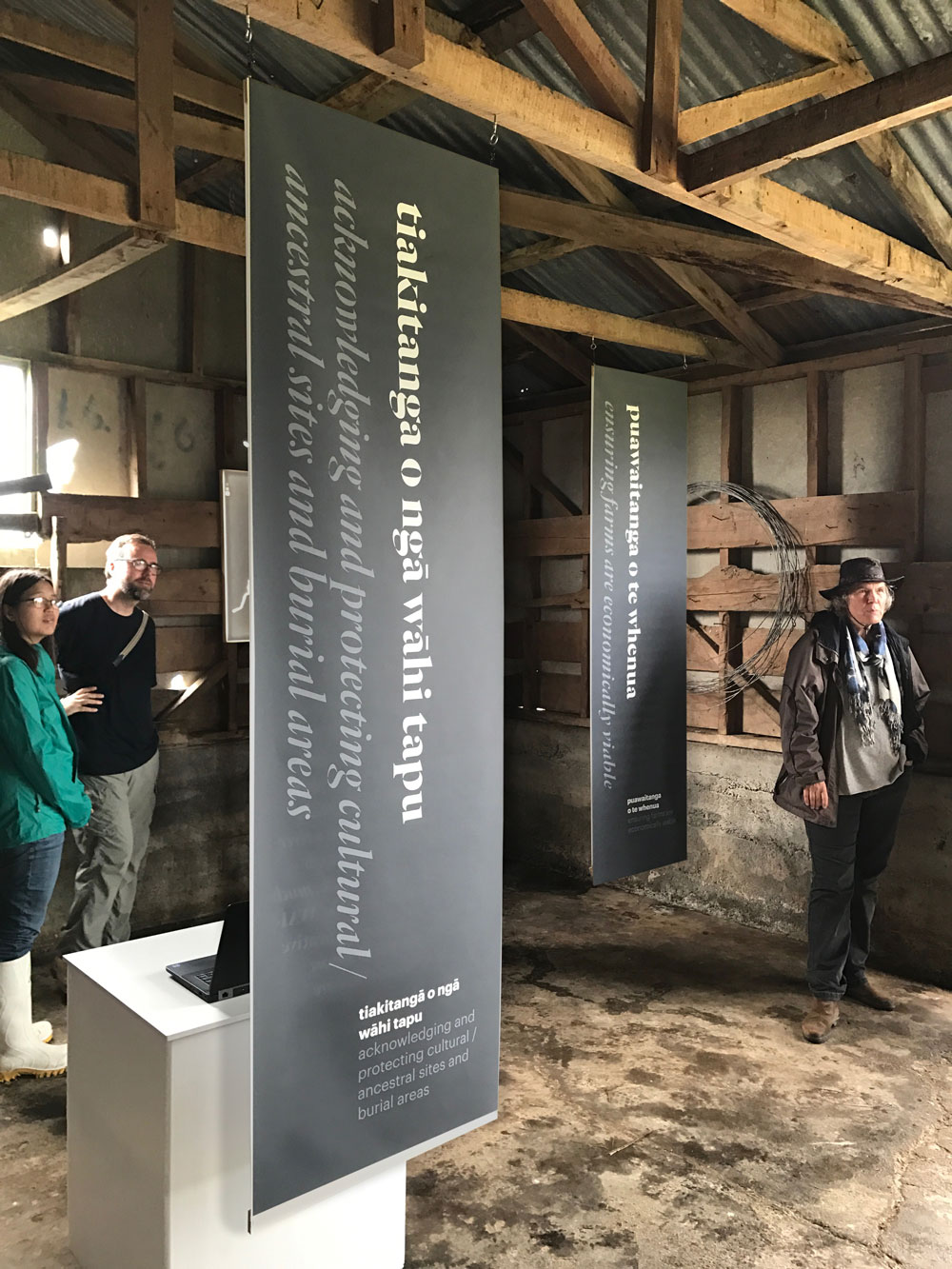 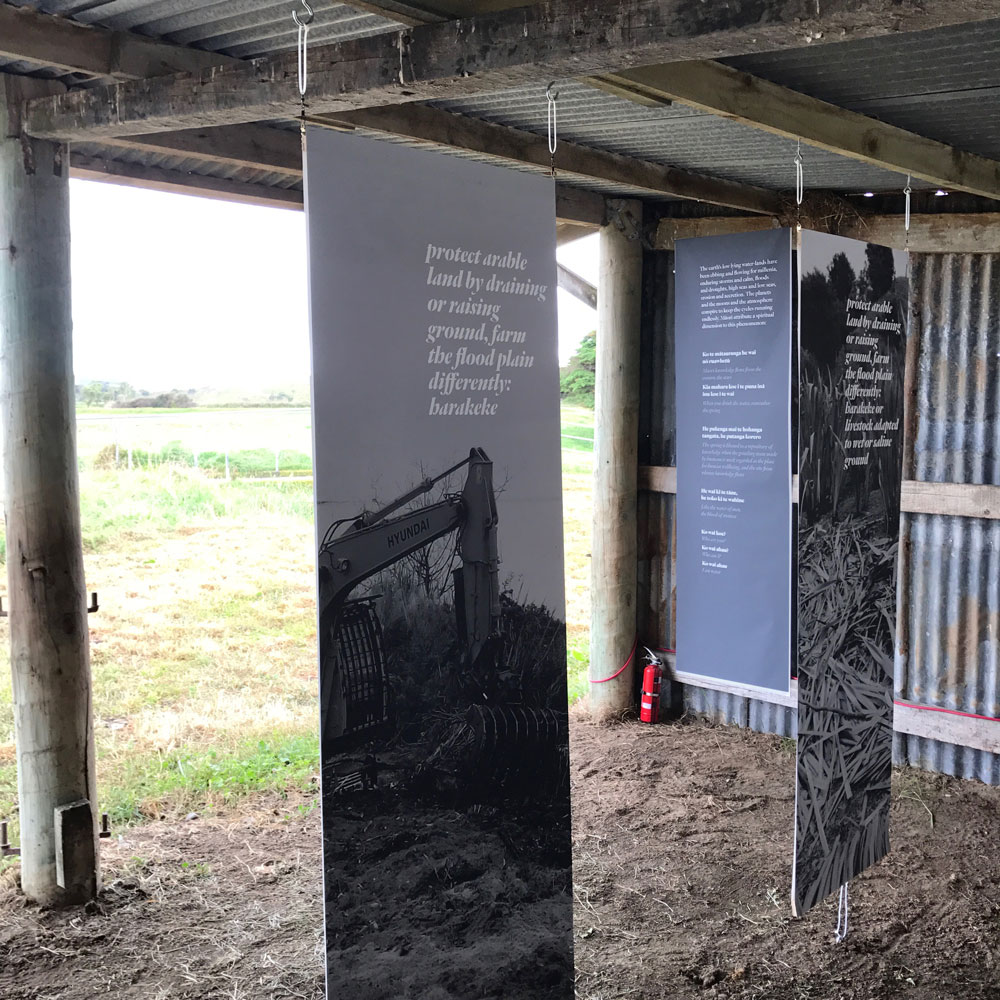 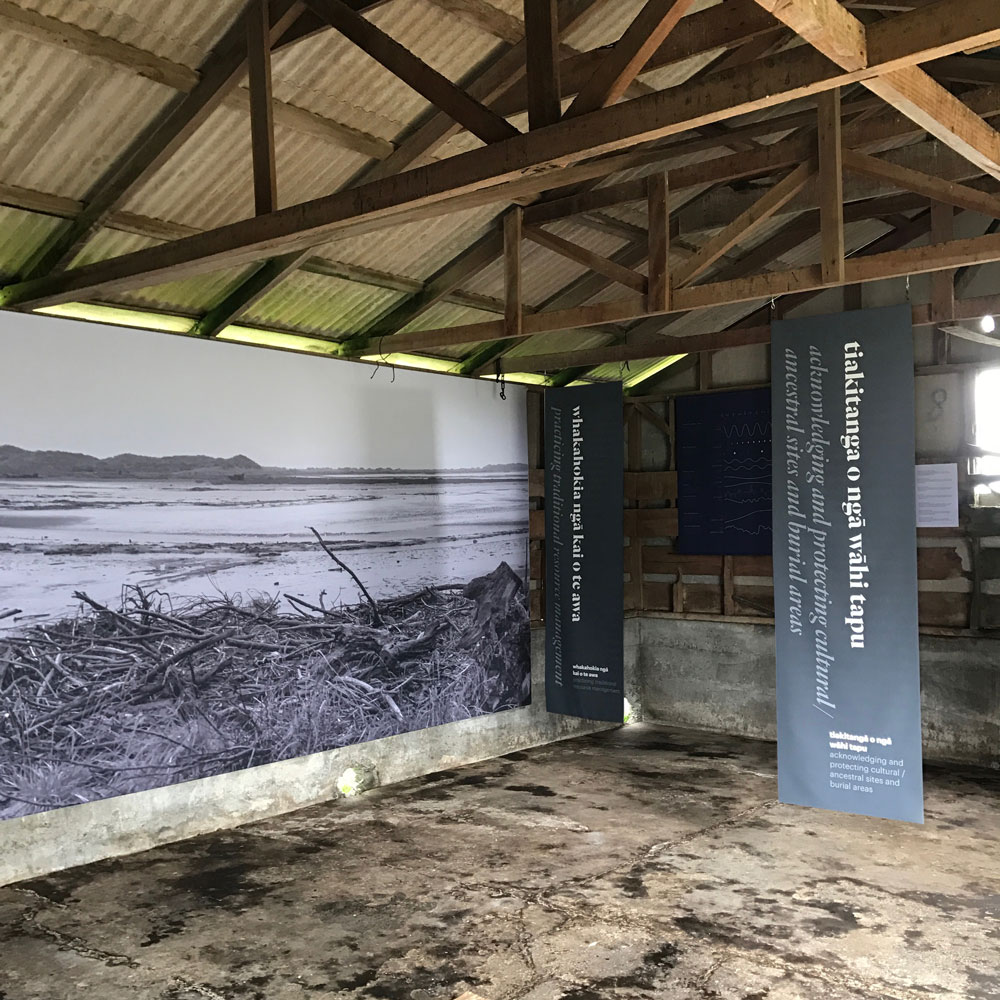 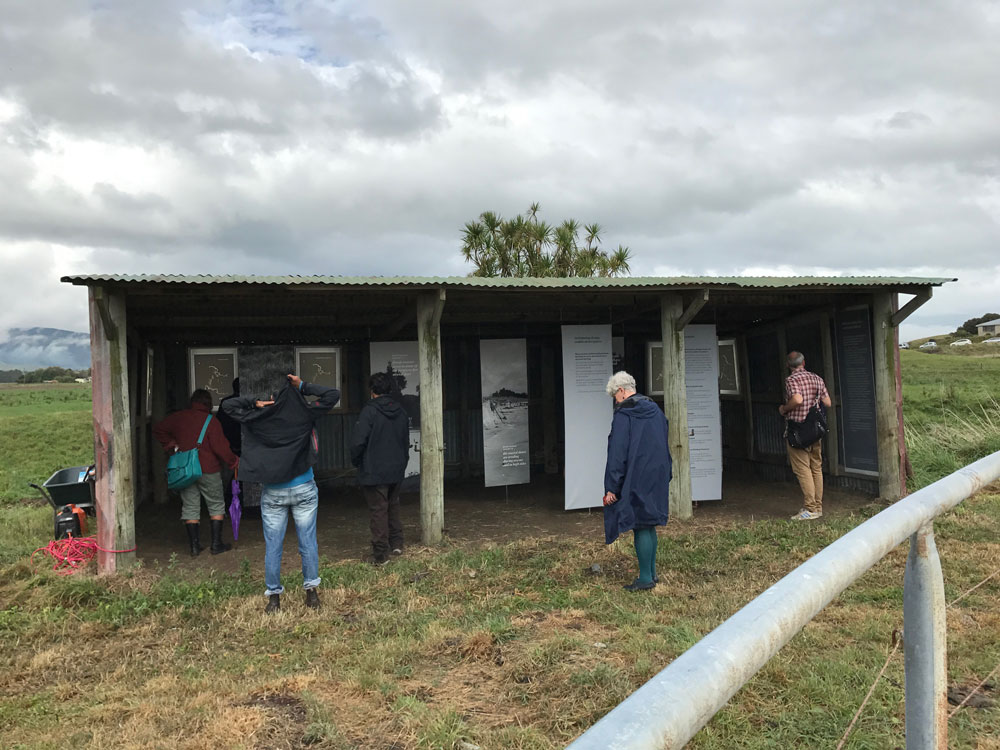 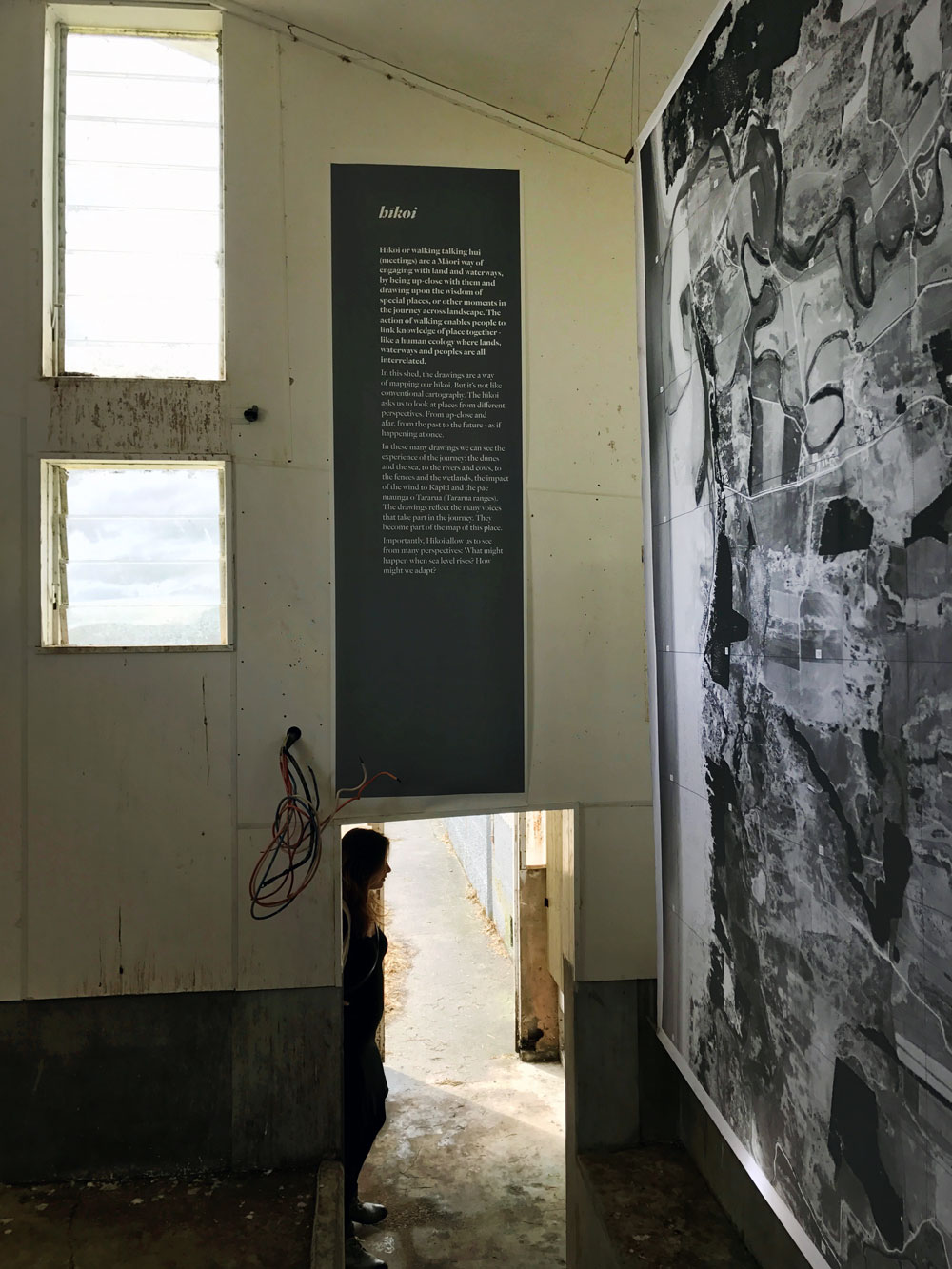 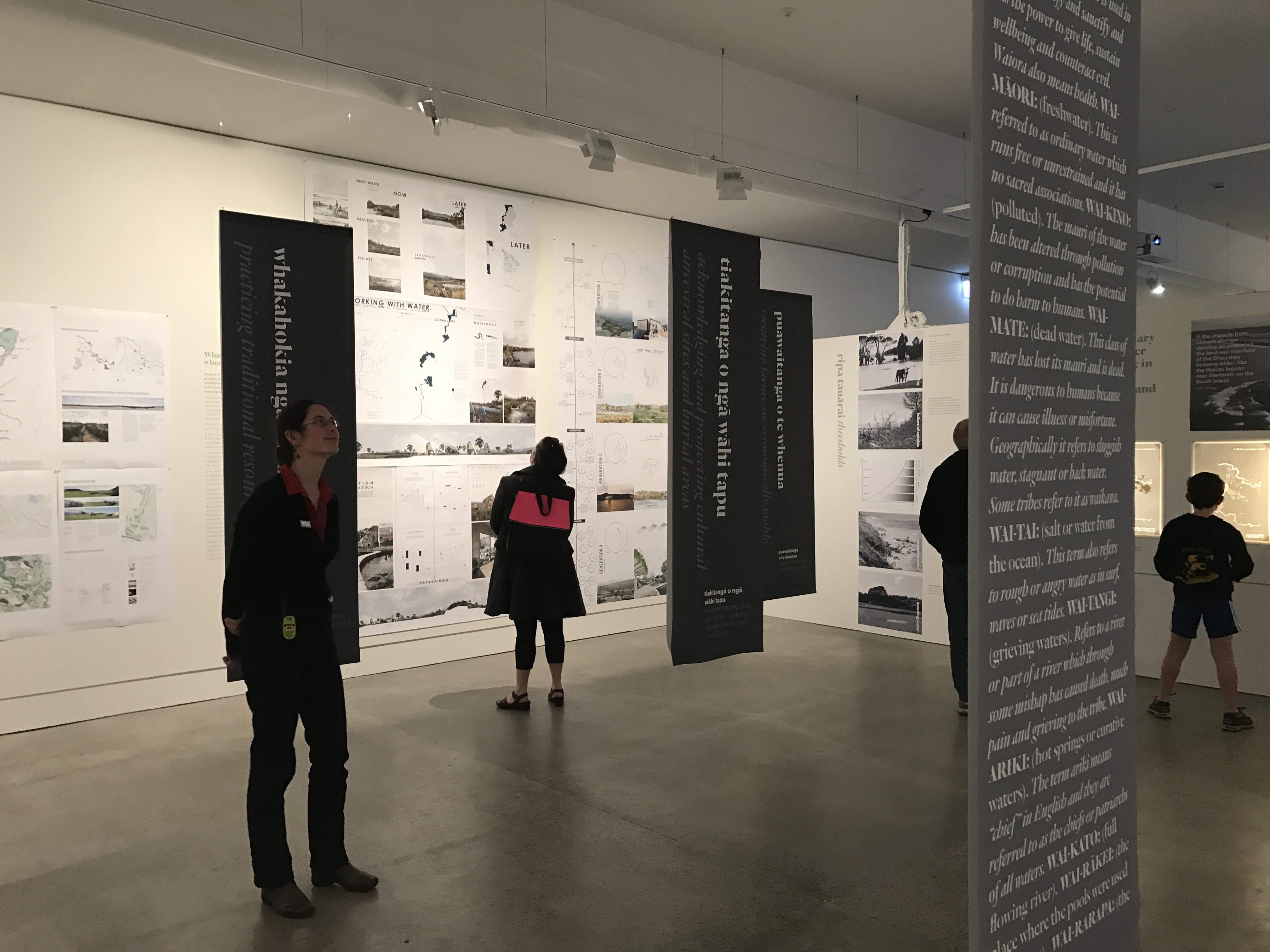 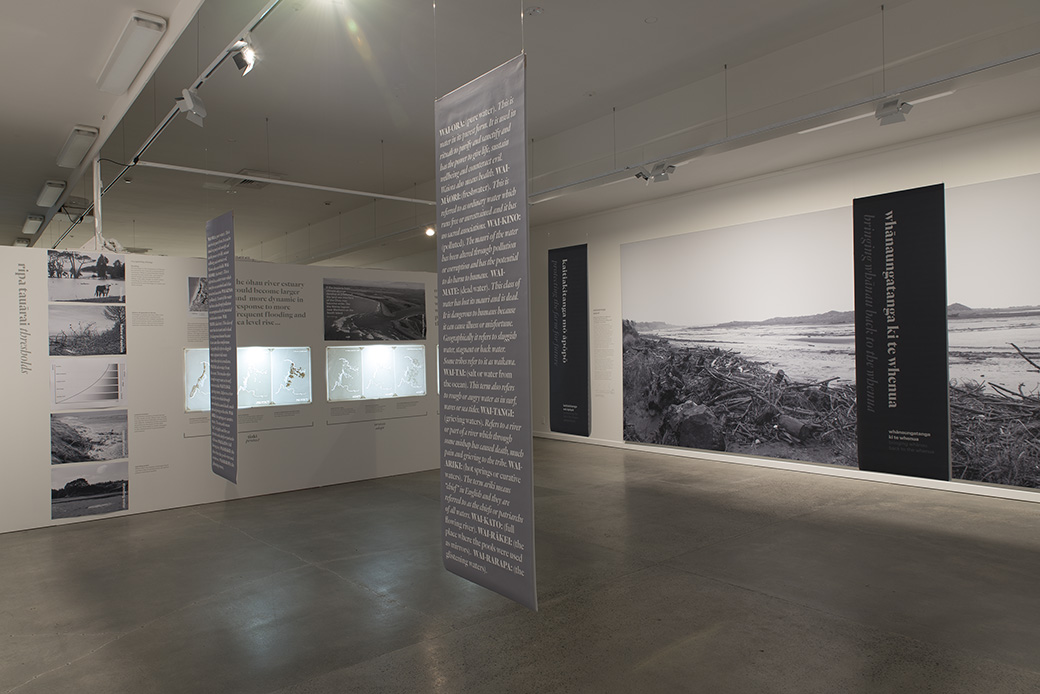 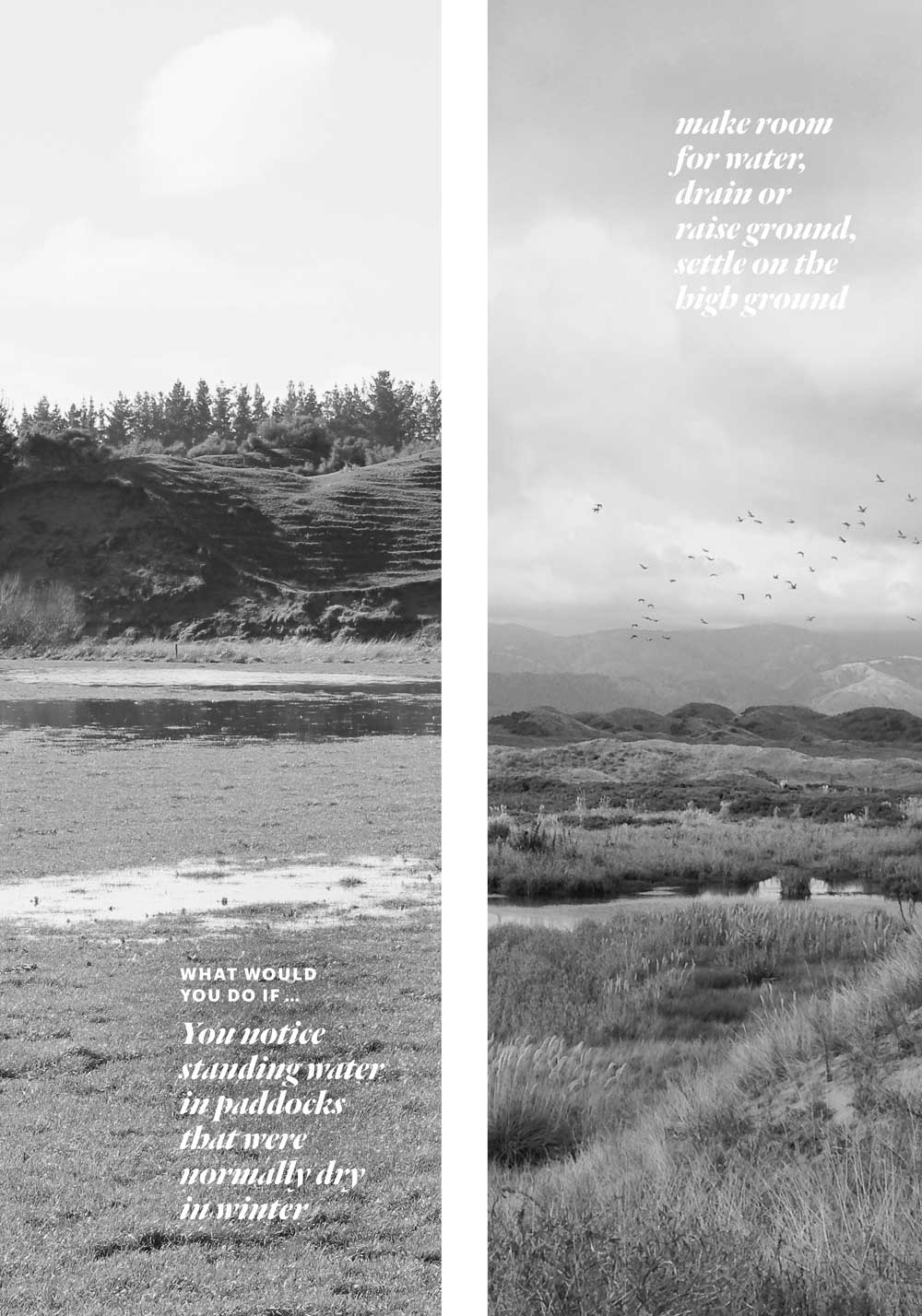 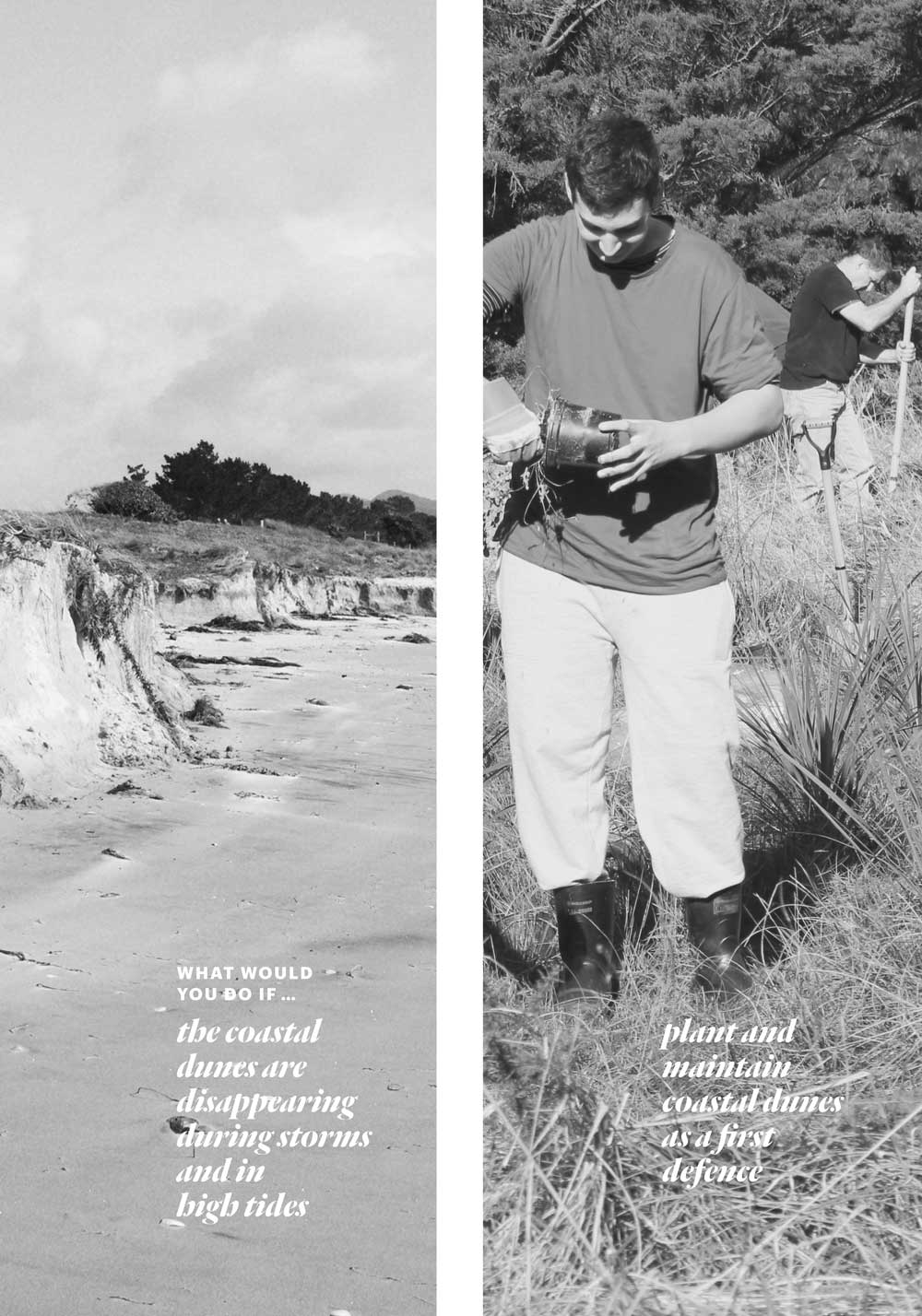 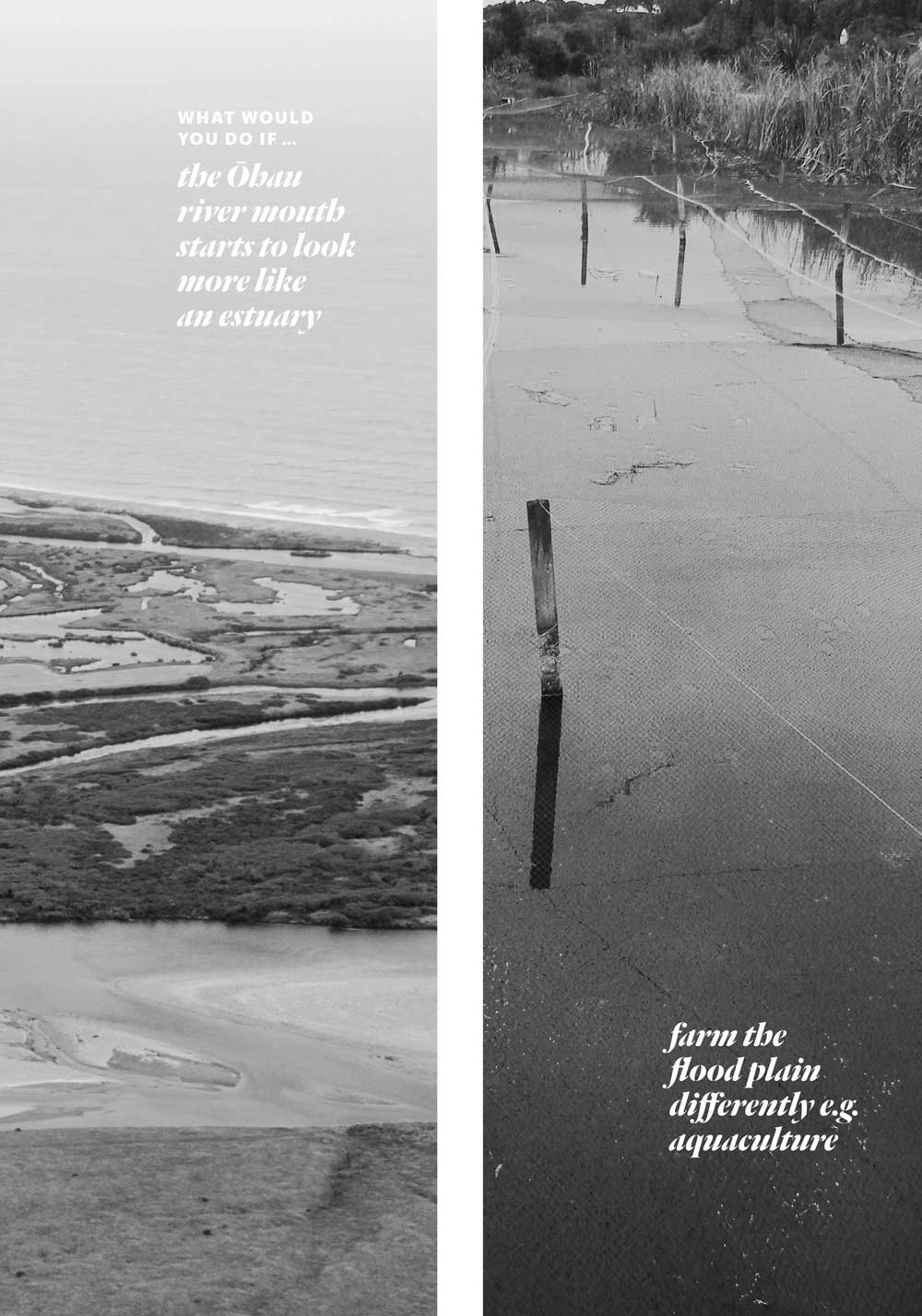 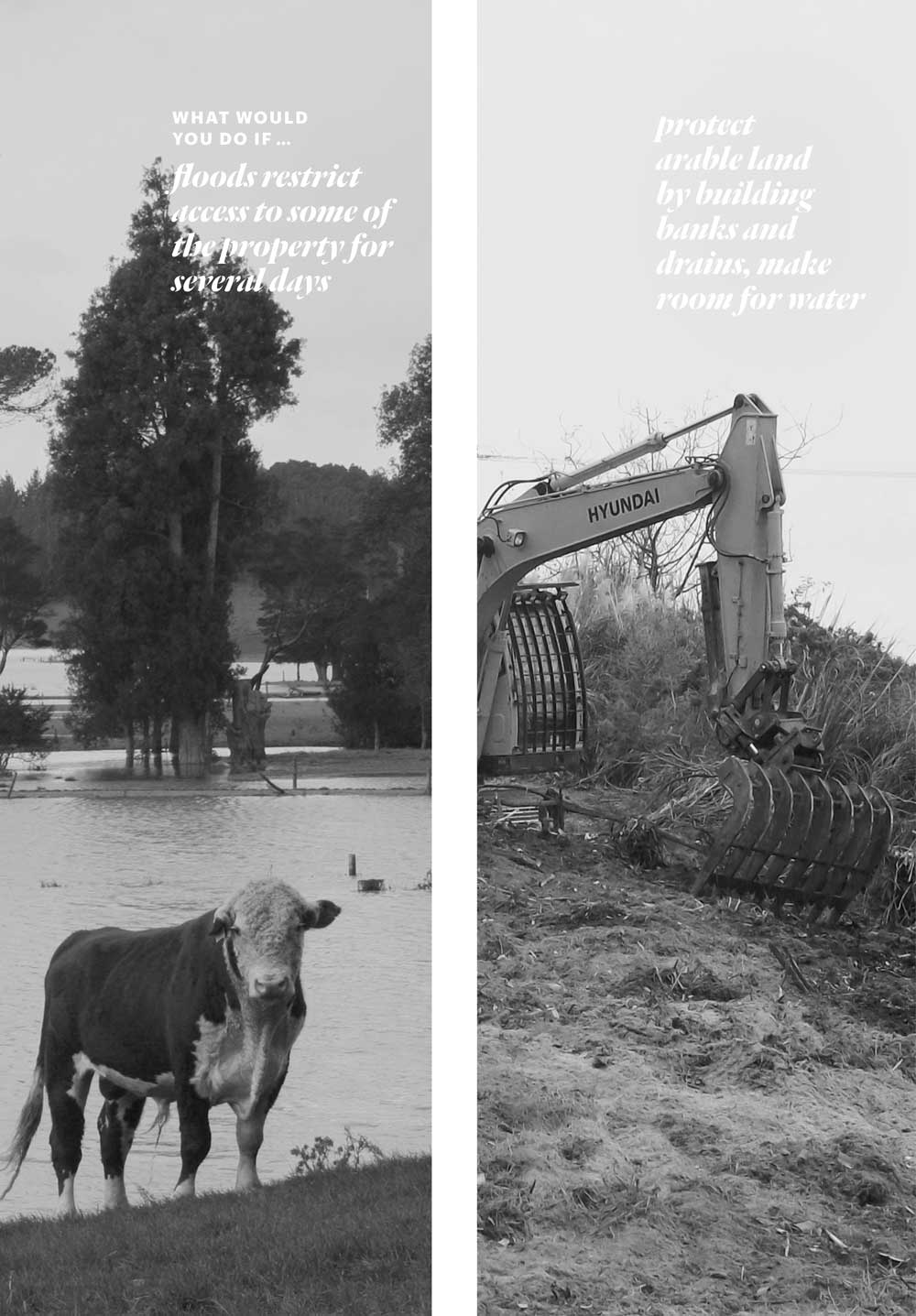 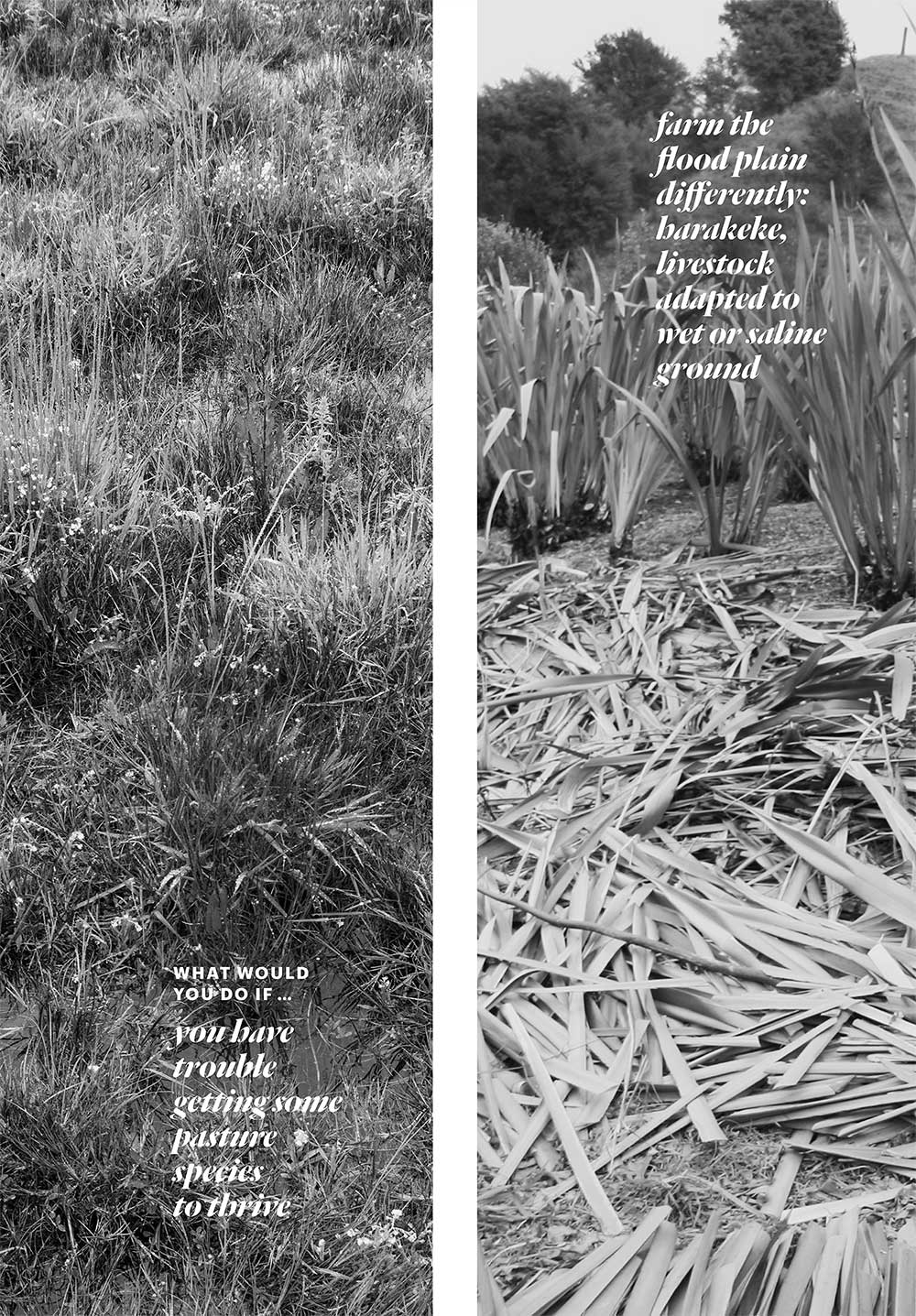 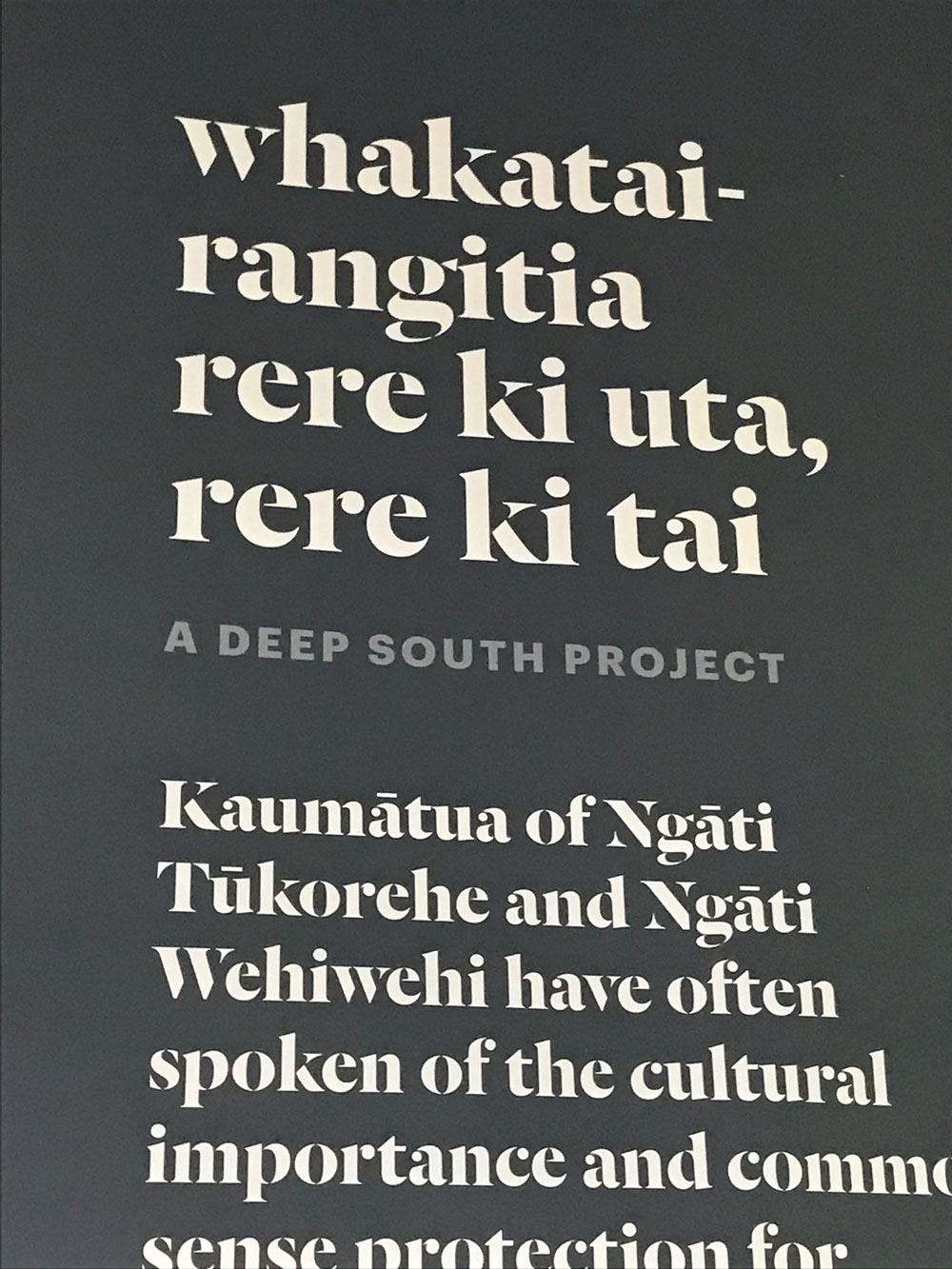 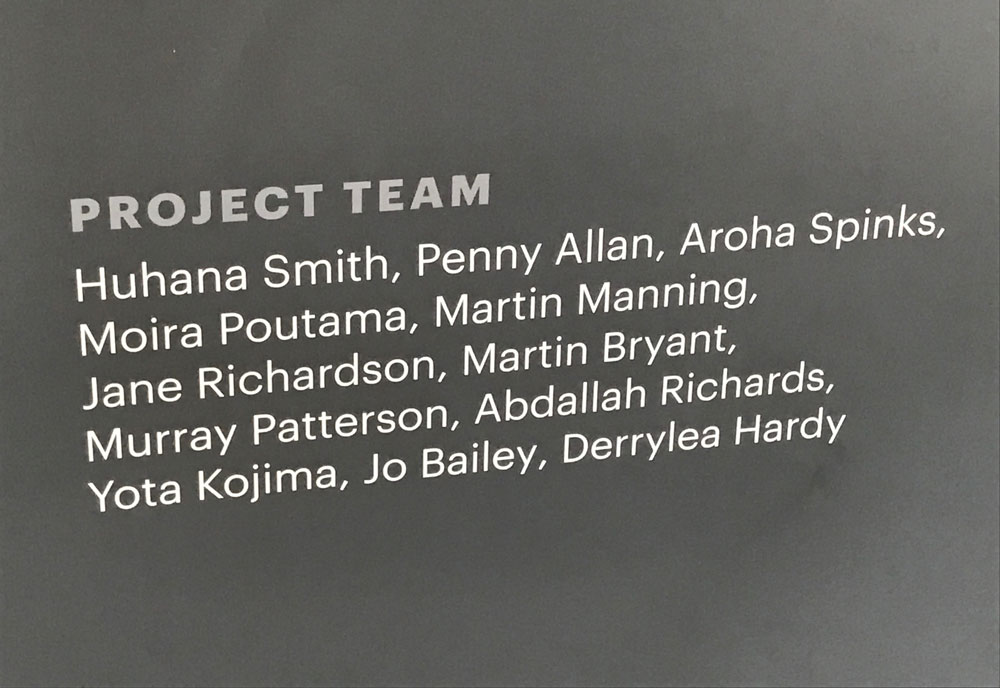 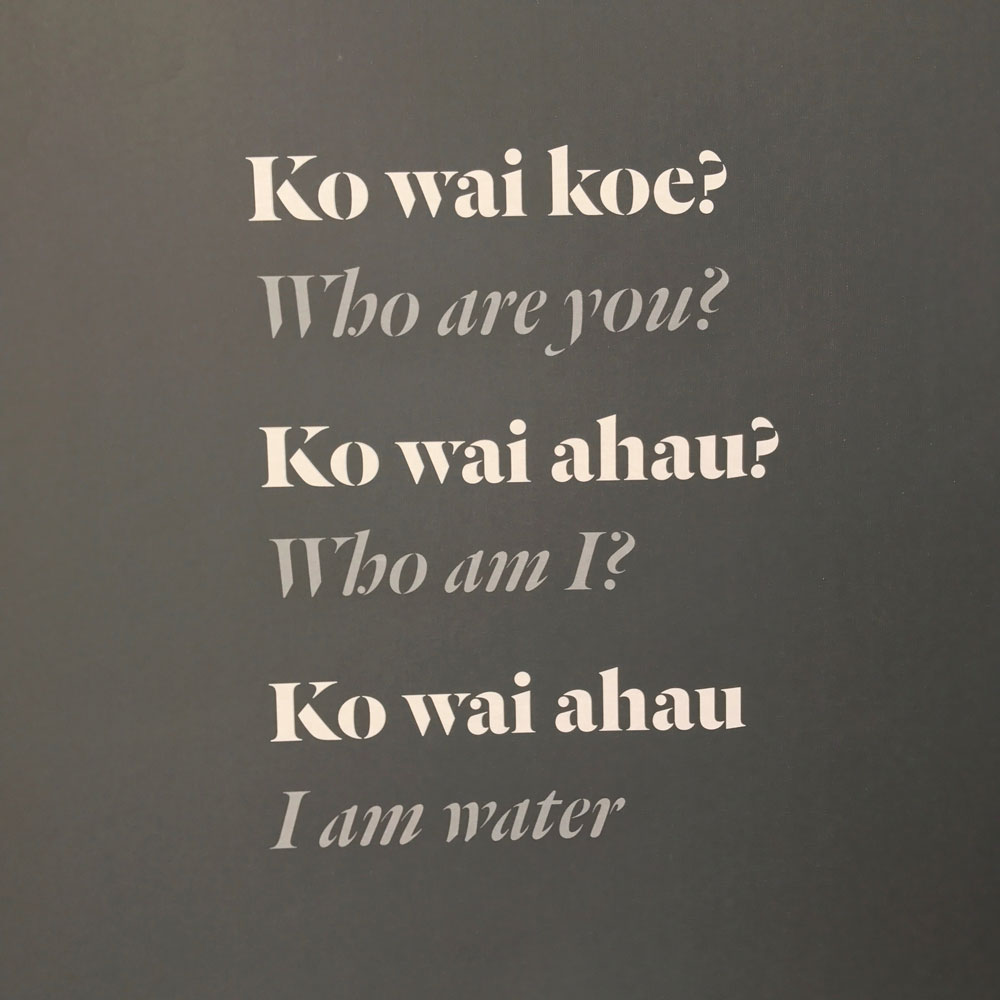 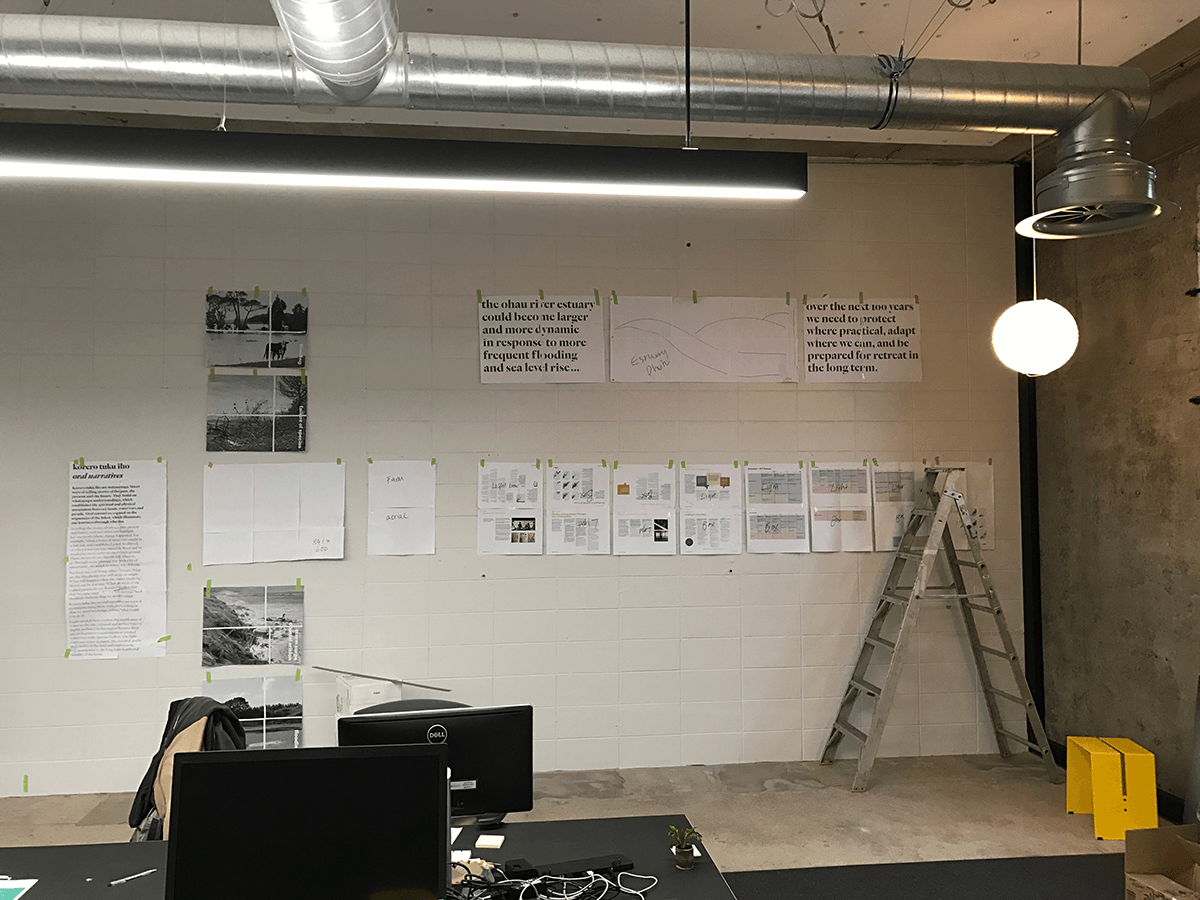 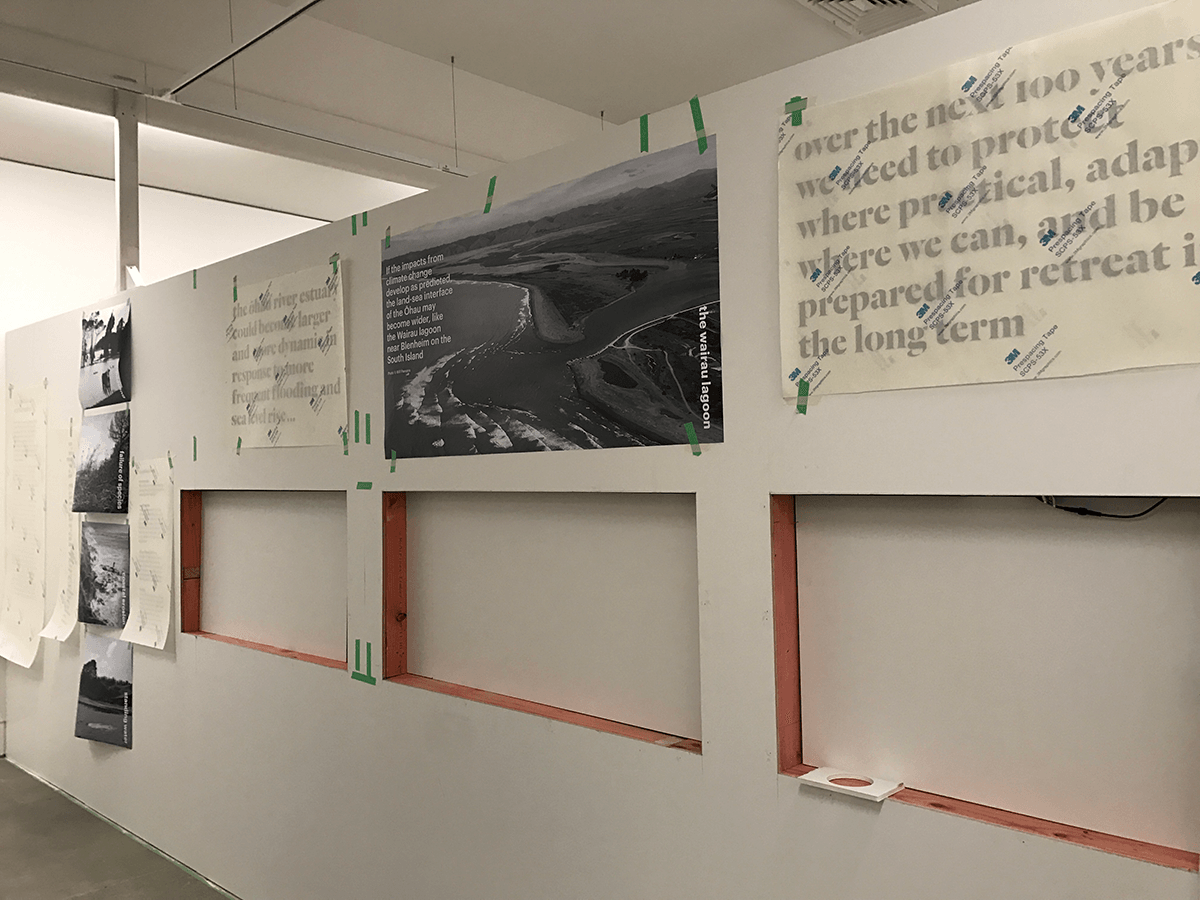 Setting up at the Dowse 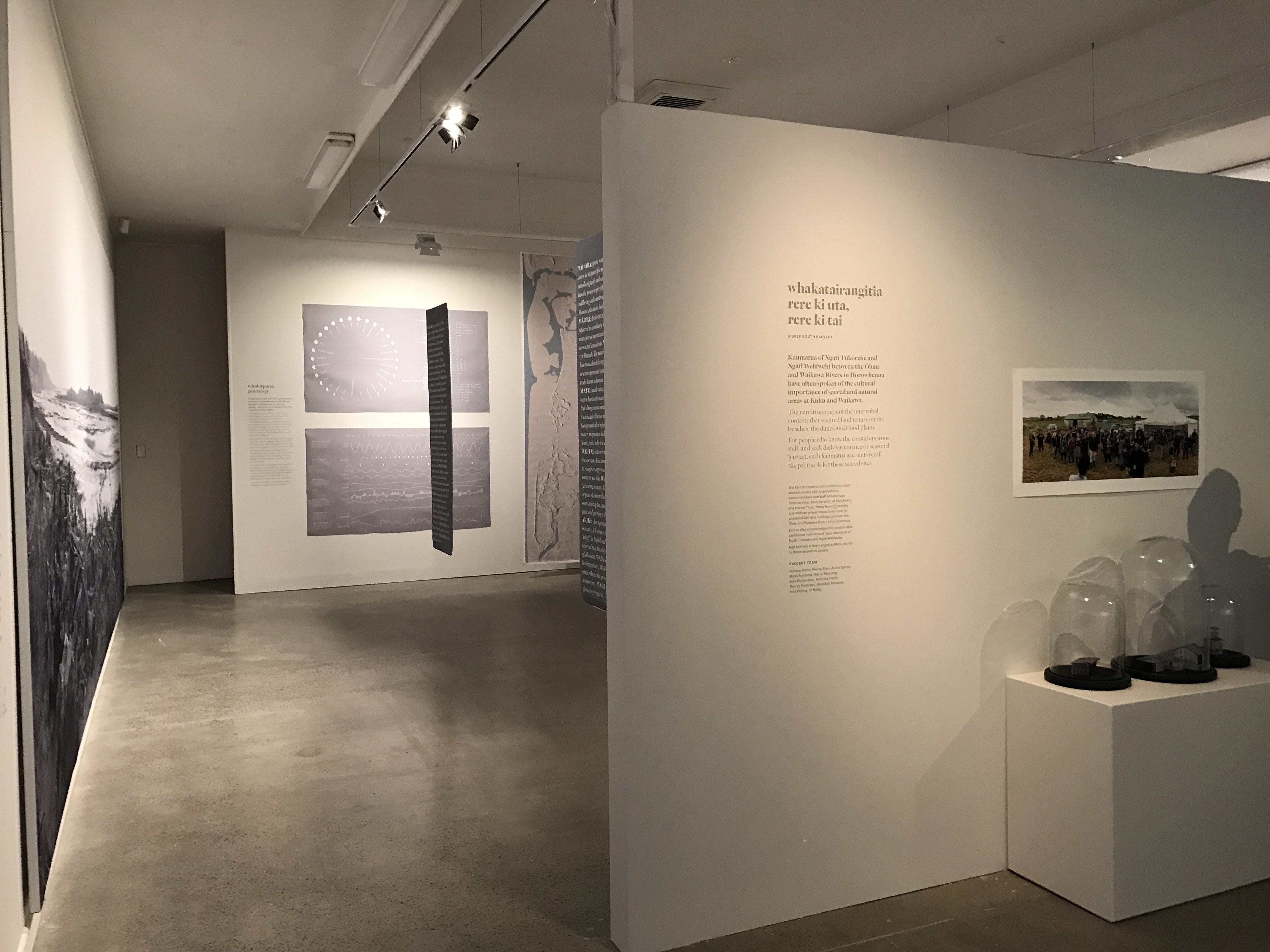