Off Grid 17 was held in February 2017 in various venues in Wellington – not a lecture theatre in sight! We had a repeat a year later with Off Grid 18.

Off Grid was a different kind of design conference, where participants were invited to explore and discover what experiential design is, or can be, through a series of curated talks, events and experiences in diverse locations. Stopover events were held in Sydney, and Brisbane, Auckland and Christchurch.

Off Grid 17 was organised on a shoestring by Nick Kapica, Johannes Bay and I, under the SEGD umbrella. This article on the SEGD website gives a great rundown of the 2017 event. In 2018, Nick and I took up the reins again with a theme: The Experiential City, which this article on Off Grid 18 covers in detail. 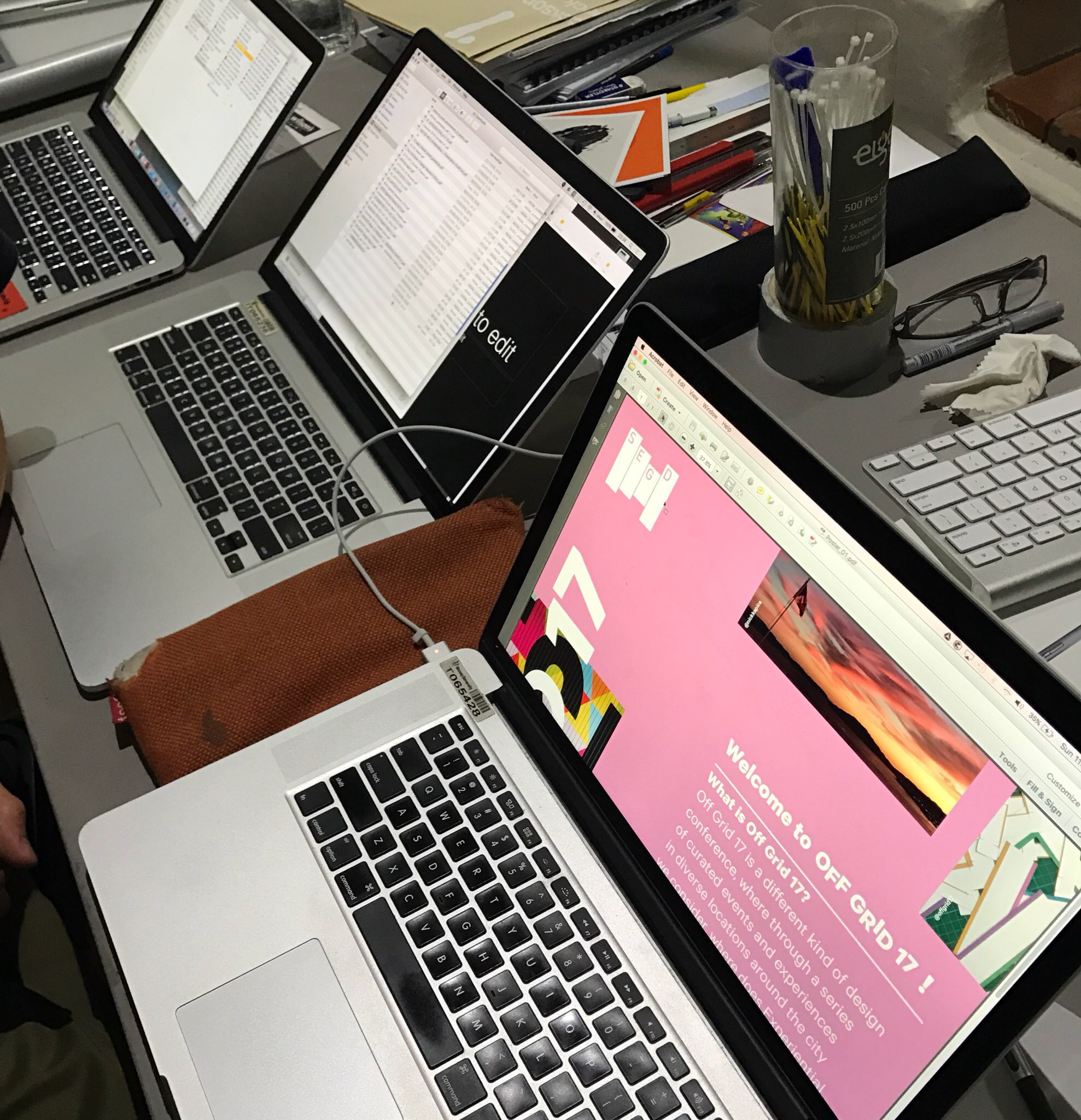 All systems go! The graphic system was devised by students at Massey University College of Creative Arts 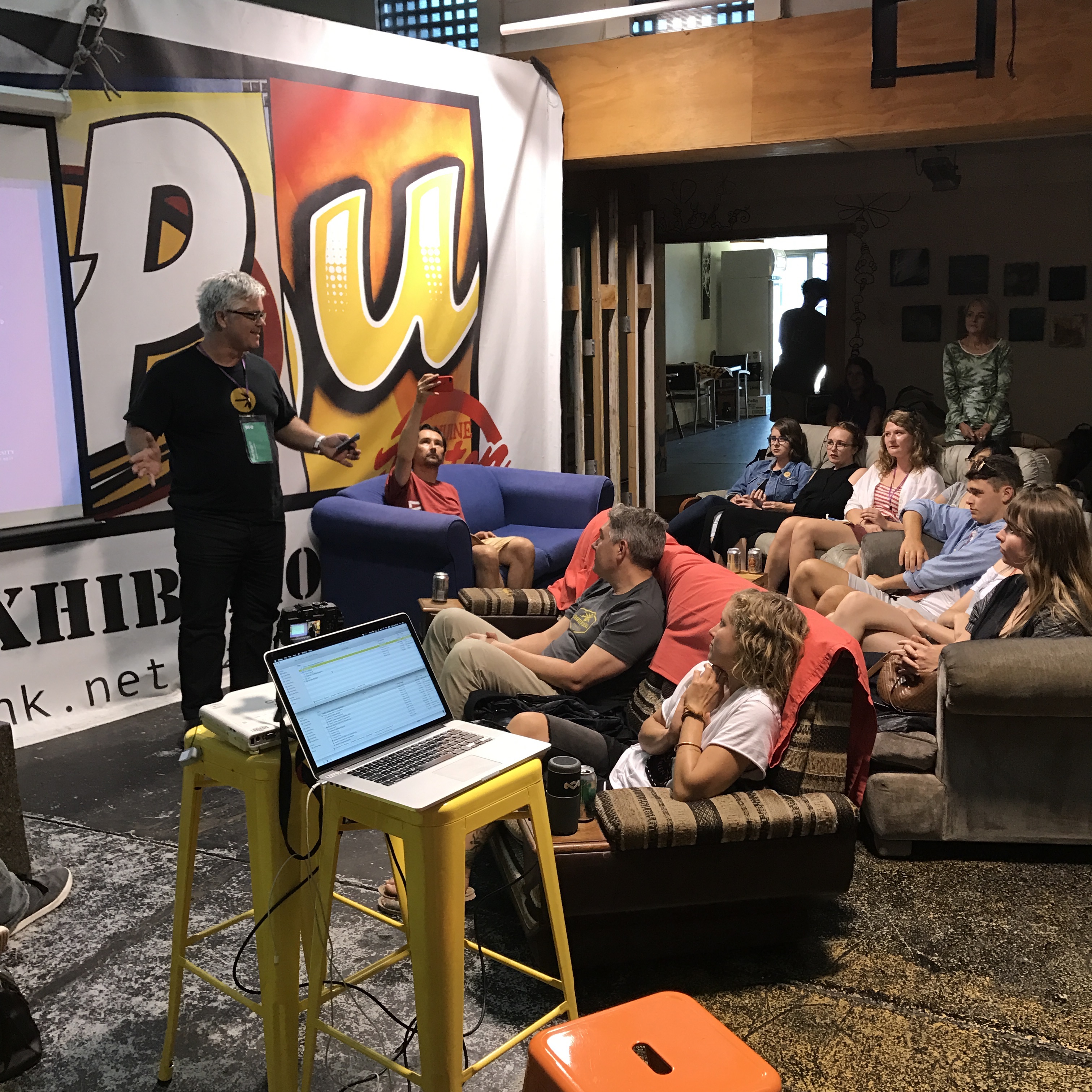 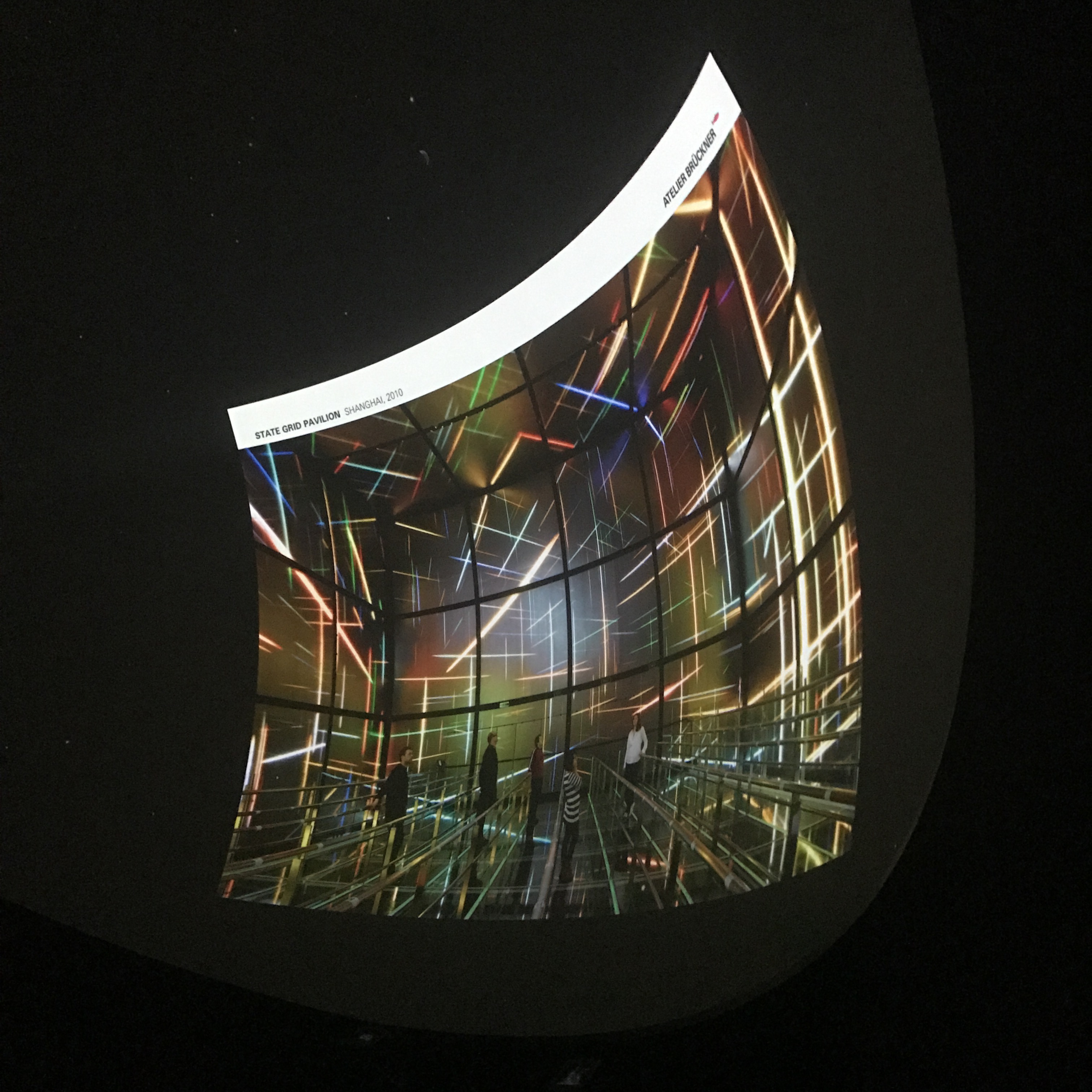 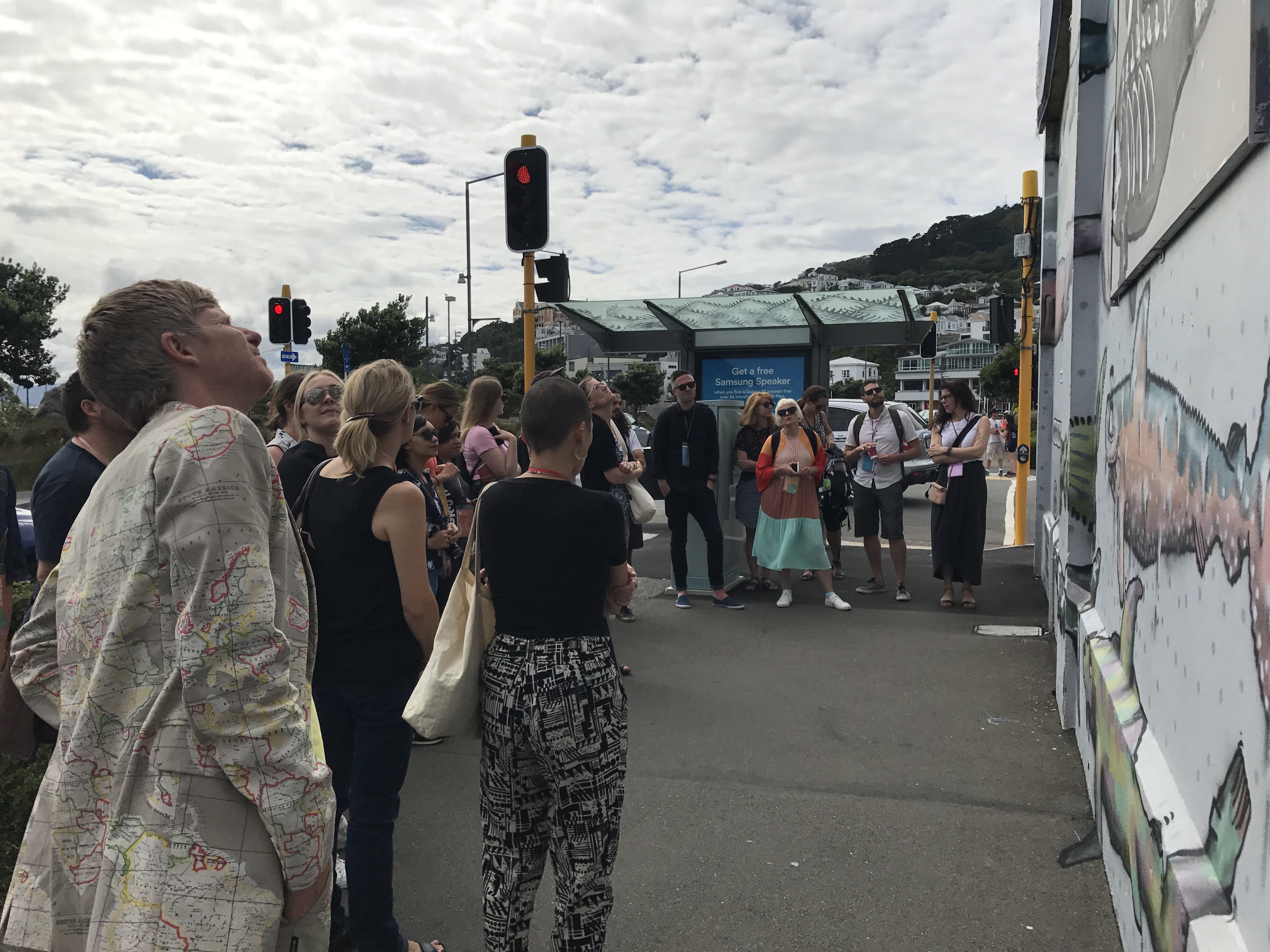 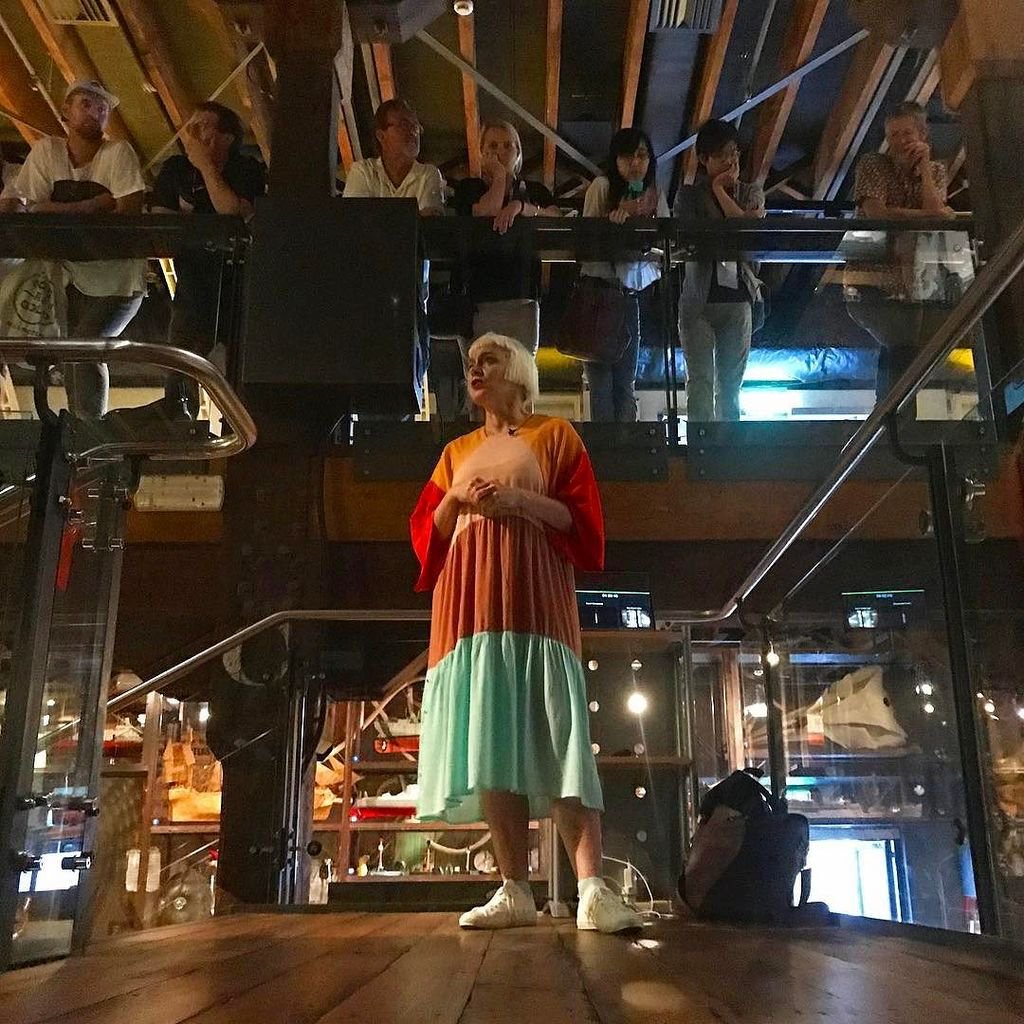 Read an article on Off Grid 18 on Idealog

Read an article on Off Grid 17 on Design Assembly

Read a review of Off Grid 17 on brandCulture.com.au 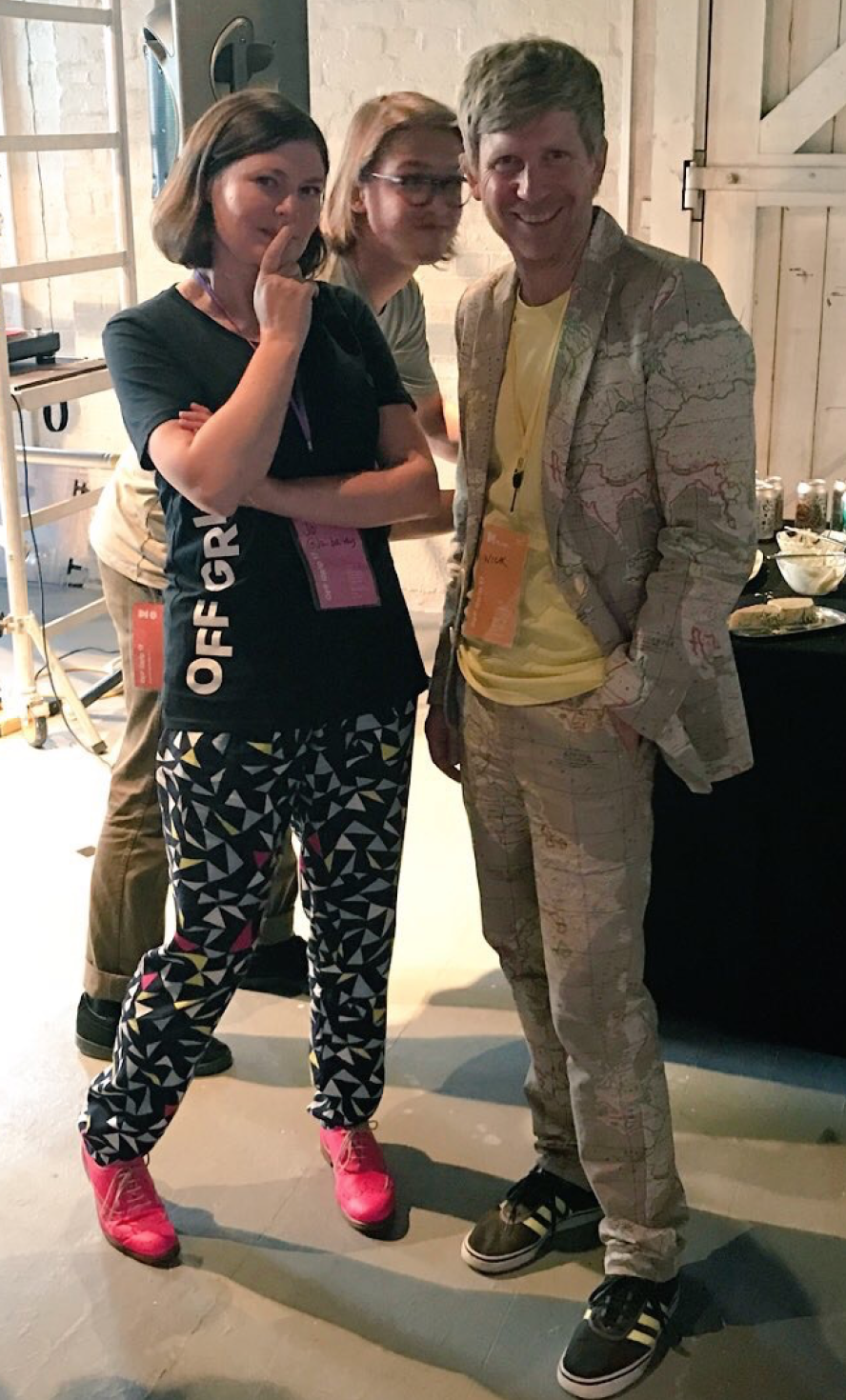 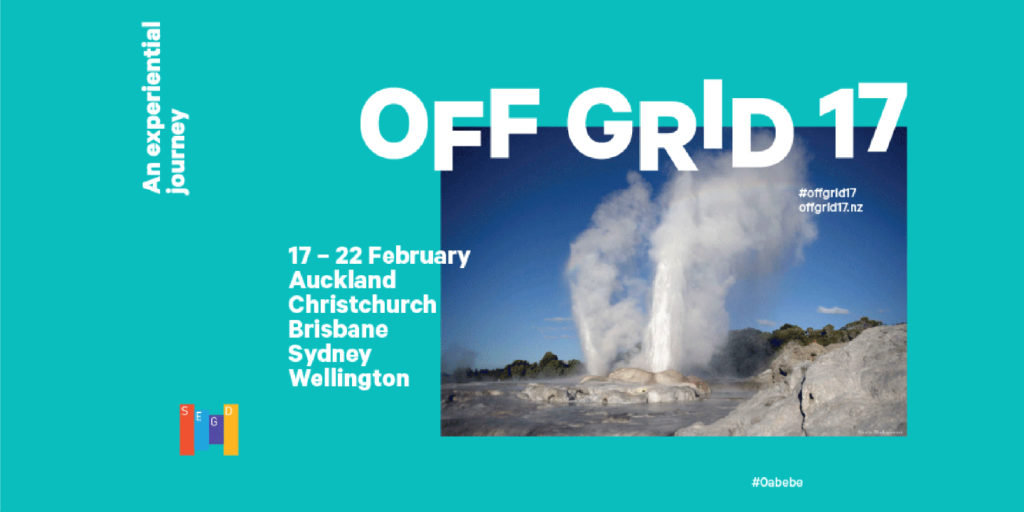 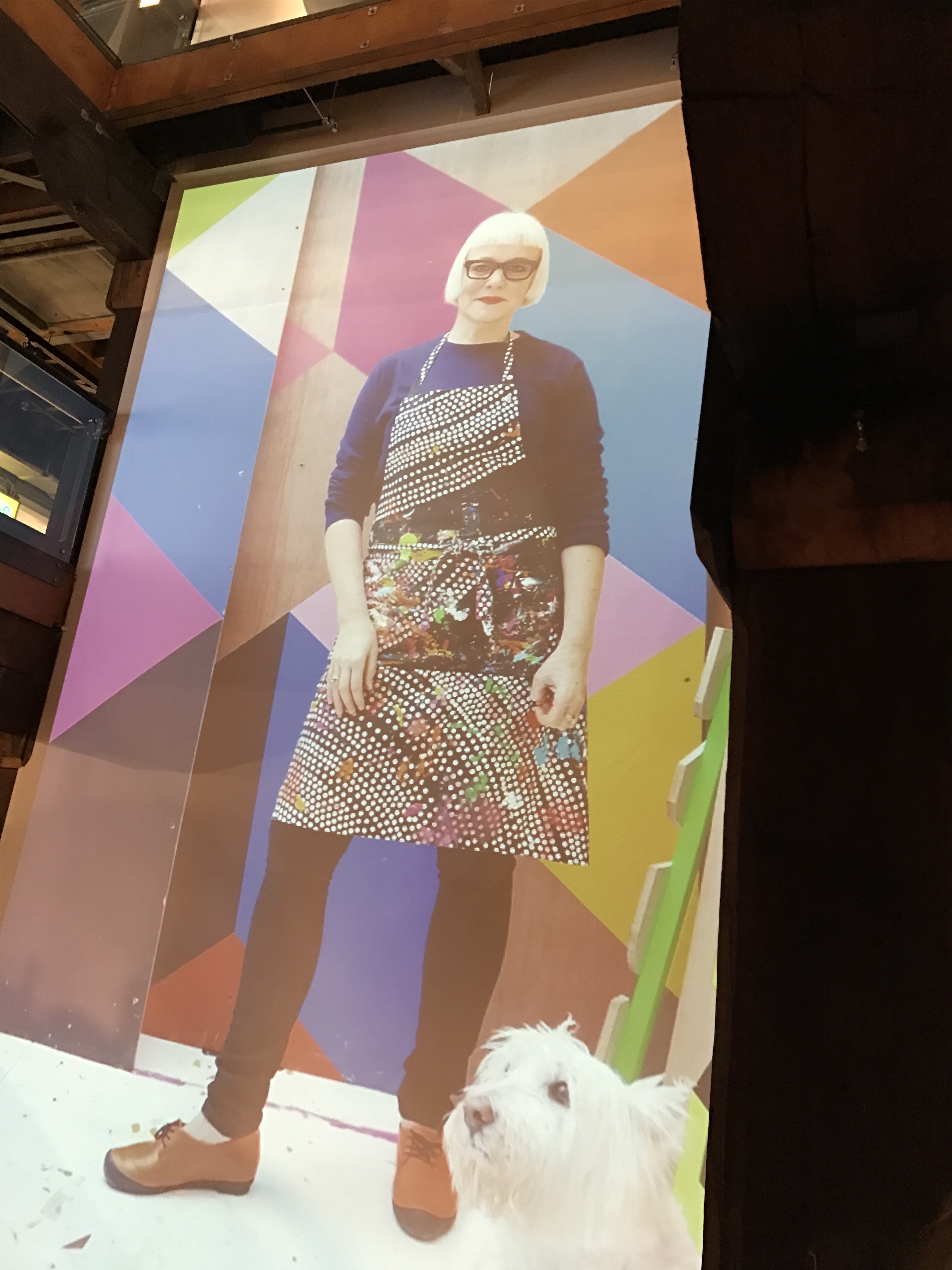 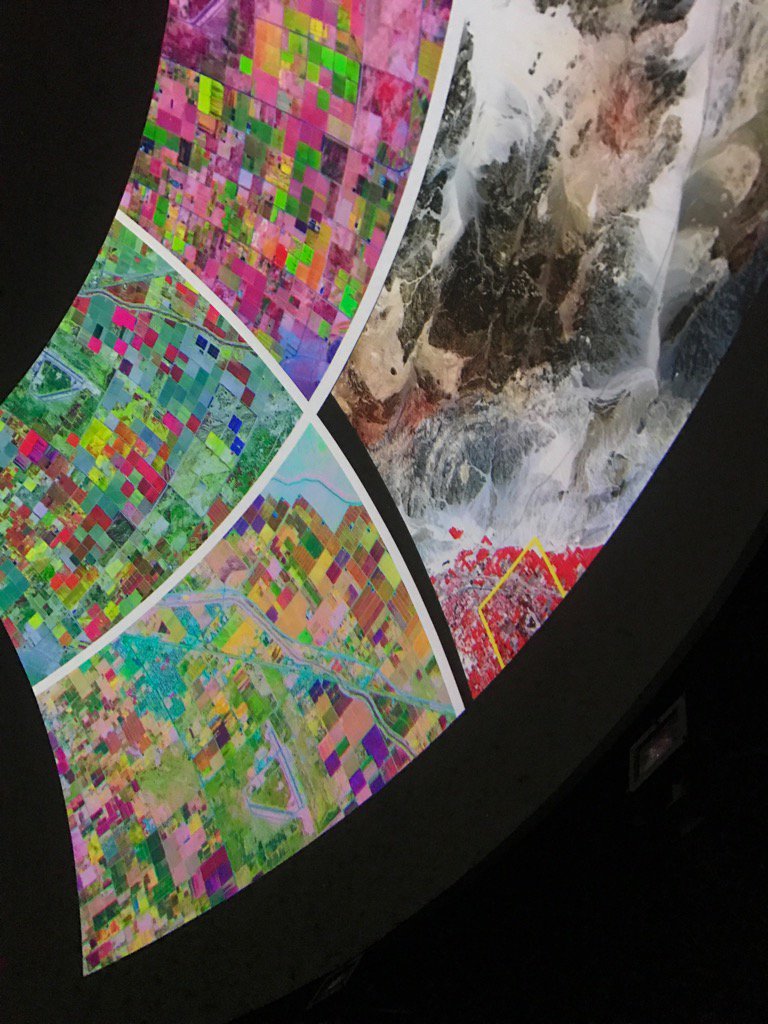